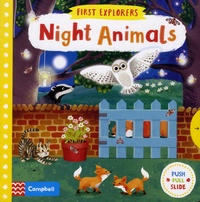 "San Franciscan Nights" is a 1967 song performed by Eric Burdon and The Animals. Words and music were composed by the group's members, Eric Burdon, Vic Briggs, John Weider, Barry Jenkins, and Danny McCulloch.A paean to San Francisco, it was the biggest hit that the new band - as opposed to the first-incarnation Animals of the mid-1960s - would have.